A braincase of the raptor dinosaur Saurornitholestes.

The 1993 movie Jurassic Park made a household name out of the carnivorous dinosaur, Velociraptor. However, many people still don't realize just how small most "raptor" dinosaurs were. In fact, even though Velociraptor was quite large by raptor standards, it was still only about the size of a living turkey: nowhere near the size shown in the movies!

Even though it is the claws and teeth of raptors that are so engaging, the most important bones are those of the skull, as these can tell us precisely which species we are looking at. One particularly diagnostic skull bone is the "frontal", which would have been positioned between the eyes and formed the front part of the braincase. Frontals are quite sturdy compared to many raptor bones, so they are more often fossilized than fragile bones like the jaws. Even so they are quite rare, and every specimen is important.

During Badlands Dinosaur Museum's 2017 summer fieldwork, field volunteer Jack Wilson found a small (4 cm / 1.6 in long) theropod frontal while prospecting for new sites in the Judith River Formation of eastern Montana (~77 million years old; Late Cretaceous Period). The frontal was instantly recognizable as from a small raptor dinosaur, and careful analysis back in the museum confirmed it as belonging to Saurornitholestes c.f. langstoni.

Most identifiable bones of Saurornitholestes have been recovered from the Dinosaur Park Formation of southern Alberta, or the Two Medicine Formation of western Montana. Our new discovery is the furthest east that anyone has ever found bones that can be definitively identified as Saurornitholestes: this individual lived far out on the ancient river delta that grew out into an inland sea which covered the mid-west of North America in the Cretaceous Period.

This new discovery is not too much of a surprise, but it improves our knowledge of the ancient geographic ranges of extinct species, helping better understand their ecology and evolution.

Where are the specimens from?
The specimen (BDM 005) was collected from BLM-administered public lands in Montana and is permanently stored in the federal repository at Badlands Dinosaur Museum, Dickinson Museum Center, Dickinson, North Dakota. 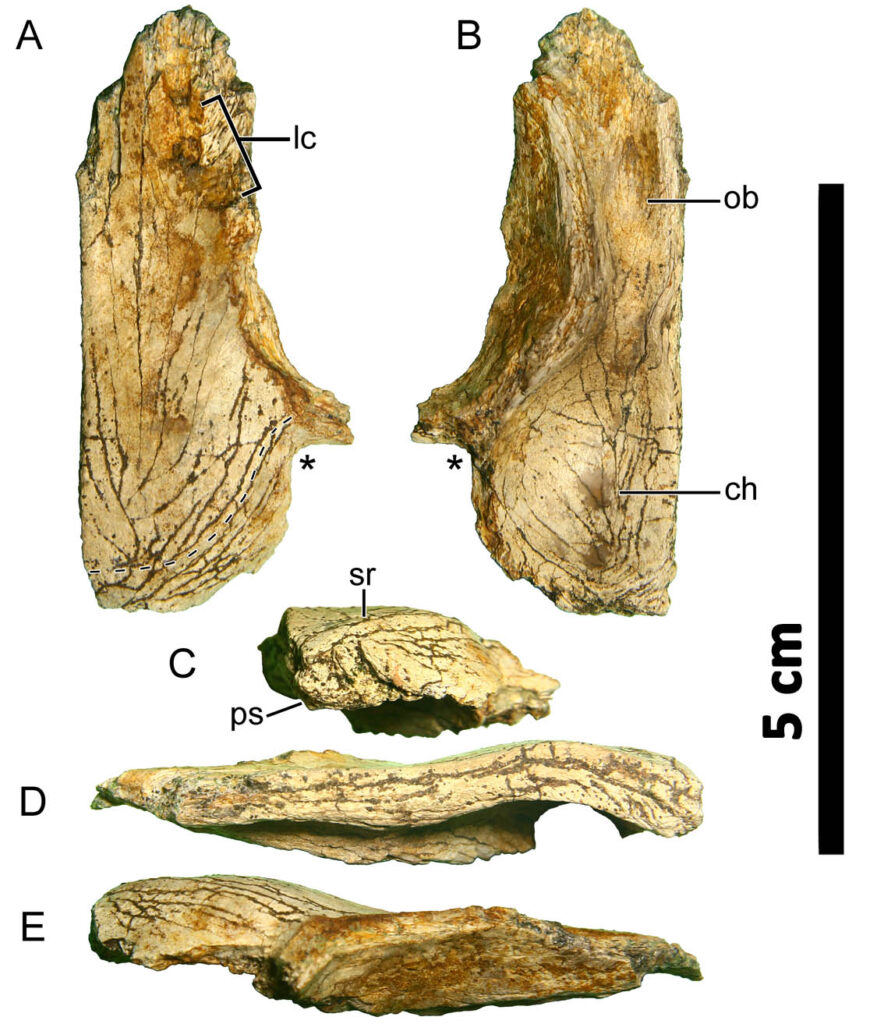 The frontal bone described in the new study 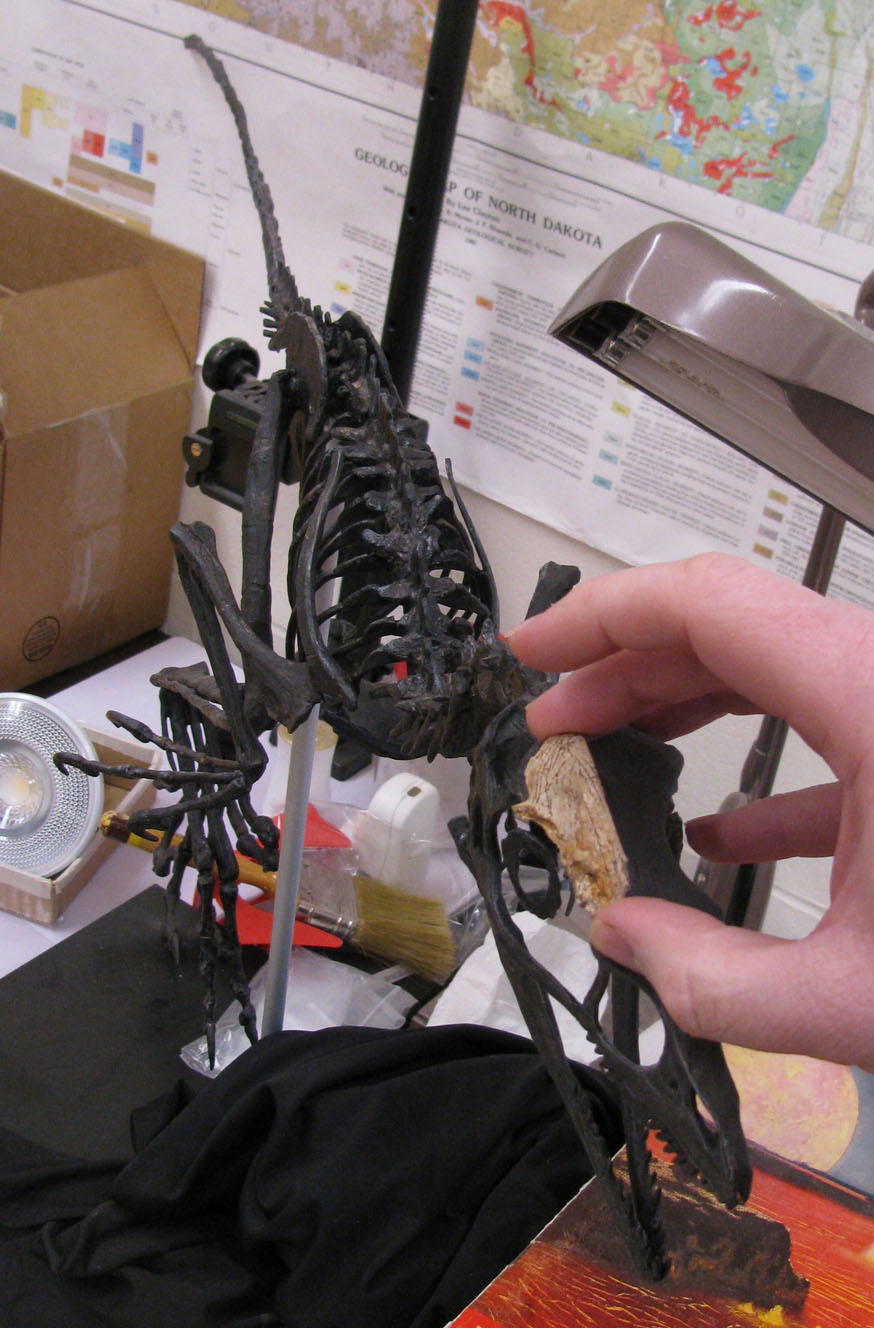 The frontal bone is part of the braincase, shown here on a complete skeletal cast of Saurornitholestes

Your ticket for the: Badlands – Research – 2020 braincase of a raptor dinosaur