Who Stamped on Larry the Triceratops' Tail?

A new study, published January 2020, from Badlands Dinosaur Museum in Dickinson, ND, describes a Triceratops that suffered an accident which left it with a permanently disfigured tail.

In 1988, former museum curator Larry League discovered a Triceratops skeleton in 67 million year old rocks of the Hell Creek Formation, exposed on U.S. Forest Service lands in southwest North Dakota. Although the skull was fragmentary, about 70% of the rest of the skeleton was preserved, which is unusually complete for Triceratops. The specimen was nicknamed "Larry" and has been on public display at Dickinson Museum Center since 1993.

In 2017, museum staff were dusting the skeleton when (then) new curator Dr. Denver Fowler noticed that five of the vertebrae (backbones) near the end of the tail had fused together into a single twisted lump: evidence of a nasty injury sustained when the Triceratops was still alive. These injuries are interesting because they are essentially fossilized behavior, providing insight into how extinct dinosaurs lived their lives.

Fast forward to 2020, and UND graduate Matt Illies and Dr. Fowler have just published a study which uses clues in the fossil to figure out what had happened to poor "Larry".

Fusion of the vertebrae is a type of healing, proving that the Triceratops had survived its accident. The sides of the vertebrae were badly injured, but the pointed parts on the top and bottom were less affected, suggesting the injury came from the side. The injured section was also near the tip of the tail, which would have been quite close to the ground.

The study proposes a few different hypotheses that might explain how the injury occurred. Perhaps the tail was clumsily struck against a tree or rock. Maybe the injury could have been caused during an attack, being bitten by a Tyrannosaurus rex! Most likely, the tail was stamped on by accident, perhaps by another Triceratops amidst a squabble or even during mating.

No vertebrae from the tip of the tail were ever found, so it is possible that the end of Larry's tail was so badly injured that it had simply fallen off. Otherwise, the injured part of the tail was so twisted that if the tip was present, it would have been bent at a sharp angle (see artist's reconstruction).

The injured backbones and the rest of Larry's skeleton are on display in a new addition to the exhibit at Badlands Dinosaur Museum. 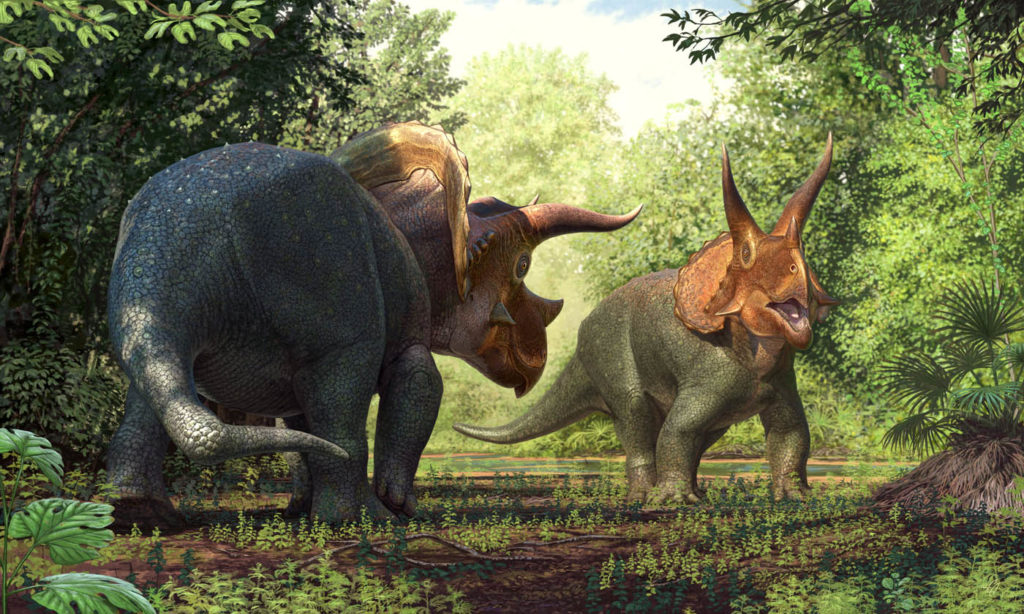 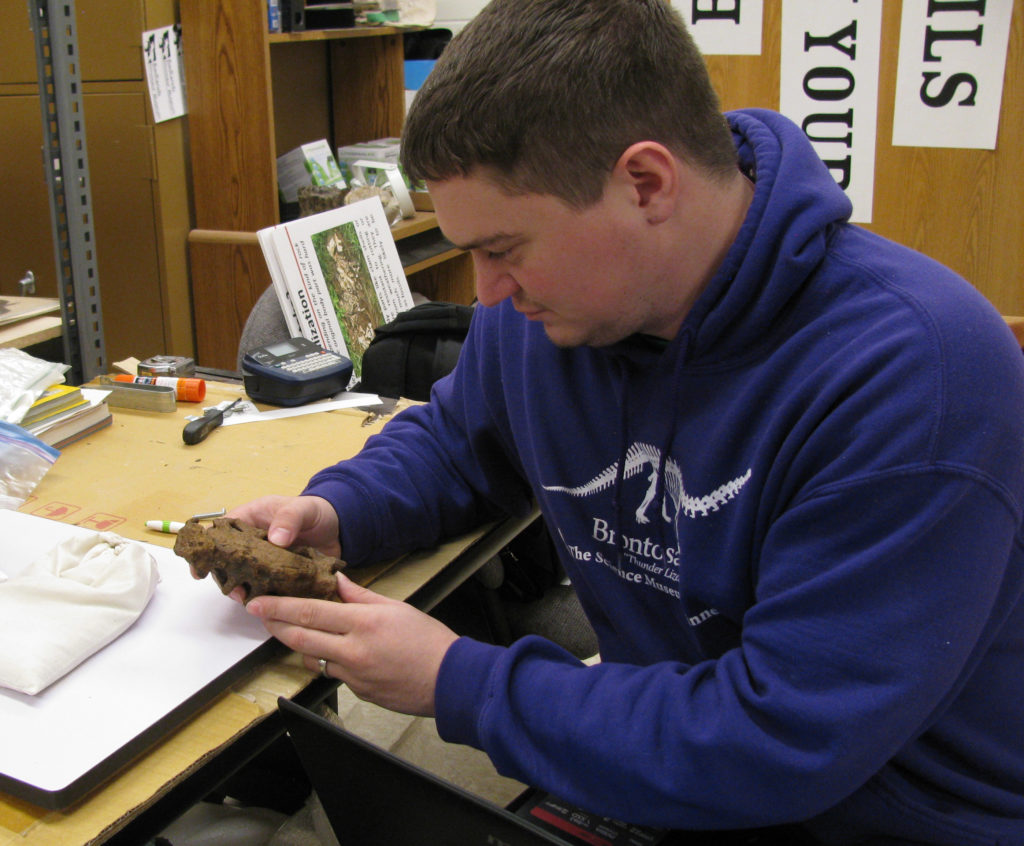 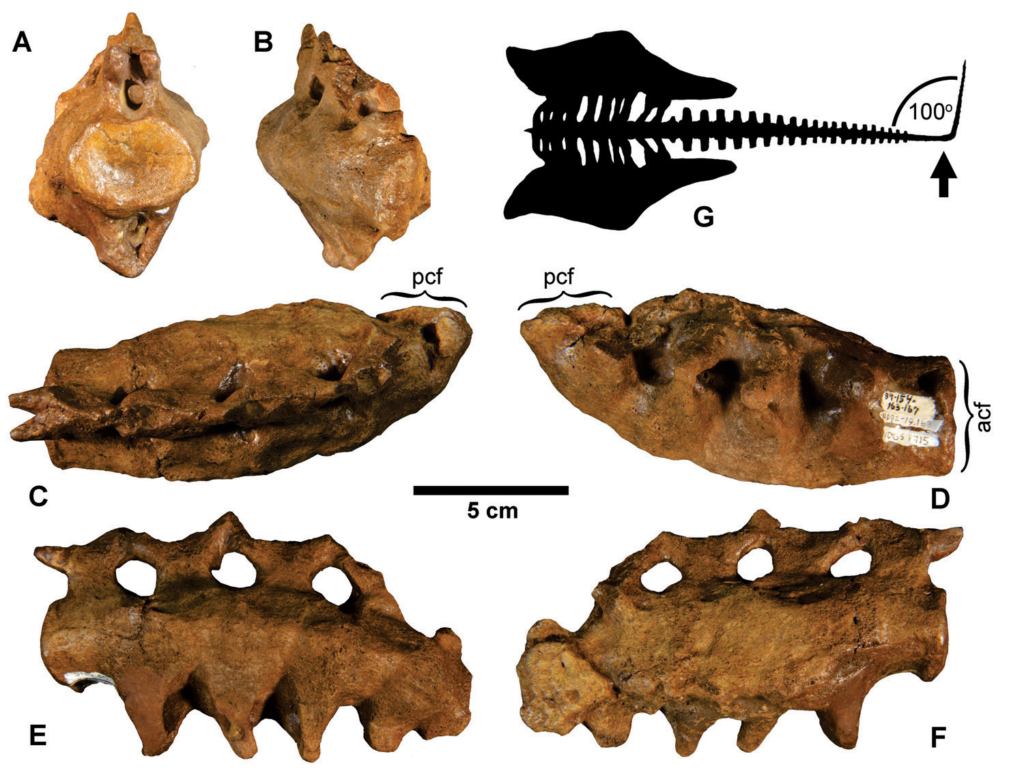 Your ticket for the: Badlands – Research – Injured Triceratops 2020